A Very British Kind of Bellydance

by Charlotte Desorgher
posted May 3, 2010

A magnificently decorative concert hall set in a quaint Victorian village right in the heart of Bronte country. Welcome to bellydance, British-style!

The bi-annual Jewel of Yorkshire festival is known colloquially as JoY, and a joy it truly is. The festival is held in Bronte country – where the Bronte sisters, Emily, Charlotte and Anne lived and wrote their novels. Emily’s novel, Wuthering Heights in particular, vividly describes the windswept moors and dark crags that characterise this area of northern England.

In the nineteenth century, the fabulously named Victorian philanthropist, Sir Titus Salt, built a village to house workers at his woollen mills. Built of dark Yorkshire stone, the village has a brooding air, despite the charming Victorian decoration on many of the buildings.

At the centre of the village is the grand Victoria Hall – an architectural masterpiece full of stuccoed decoration. Walk with me through this monument to Victorian philanthropy, through the lofty arch of the entrance hall, past grand staircases and walls adorned with ornate plasterwork, until we reach the heart of the building – the magnificent Concert Hall.

And there you will find…..a bellydance bazaar!

This incongruity is something that characterizes the English bellydance scene. Many of our festivals are held in historic sites, such as castles or ancient towns, and we are used to the surprising sound of Arabic music floating across an English lawn.

The British bellydance scene isn’t as old as that in the United States. Many would say our development was held back by the strong influence of Soraya Hilal’s rather restrictive style over many years. But we’re catching up! Bellydance is booming in the United Kingdom and our dance scene has been maturing fast in the last ten years. 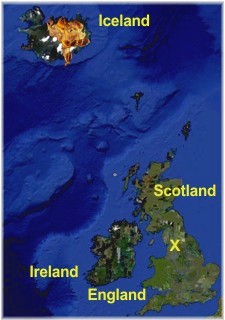 JoY was founded six years ago by Mandy Teasdale and Chris Ogden. Mandy makes stunning bellydance costumes under the name Shimmy Shop and Chris leads an unusual tribal troupe fusing tribal bellydance with English country dancing! Mandy and Chris bring some of the top names in international bellydance to this tiny village on the Yorkshire moors. Egyptian superstars such as Randa Kamel rub shoulders with stars from the New World such as Ava Fleming and Lulu Sabongi. And the international lineup is well augmented by experienced teachers from around the UK.

But let’s get back to that Victorian concert hall and I’ll fill in the colours of the picture I started to paint.

Around the perimeter of the hall are brightly coloured bazaars. The elegant plasterwork of the walls and balcony contrast with the seqinned sparkle of cabaret costumes and the handmade pompoms of tribal wear. And in the midst of it all are groups of bellydancers chattering and drinking tea.

One of the great things about working in a niche industry in a small country is that you soon get to know the major players. Festivals and weekend workshops bring us all together and when we meet, conversation flows easily and we all happily exchange stories and information.

To help the conversation along, we English really do need tea. And Yorkshire is renowned for a good, strong cuppa.

The workshops are taught in large rooms within the Victorian building, several going on at any one time. And in the evening the hall is transformed into a decorative Victorian Music Hall style theatre, with traditional proscenium arch stage. There the festival teachers perform to a wonderfully appreciative crowd. The warmth I felt from the audience was palpable, the applause honest and spontaneous. It was an honour and a pleasure to dance there.

I hadn’t originally been booked to teach or perform. But the day before the festival a volcano had erupted in Iceland, sending a gigantic ash cloud over the UK and northern Europe. JoY had three international teachers due there: Amir Thaleb, Khaled Mahmoud and Yasmina of Cairo. But all flights into and out of the UK had been cancelled hours before each of them had been due to fly.

For a festival organiser it was the stuff of nightmares. The workshops couldn’t be cancelled, because the international teachers might manage to get there, at least on one of the days. And since they had contracts, they would expect to teach, and to be paid. So Mandy and Chris had to continue with the festival, asking local teachers to be prepared to cover if necessary, knowing that many people were coming specifically to take classes with international teachers and would be unhappy with local substitutes.

When I arrived there was a certain amount of tension amongst people who clearly hadn’t put two and two together – that closed airports in an island country mean international visitors can’t arrive, even to teach bellydance workshops! But as the weekend went on, everyone relaxed, and the atmosphere that JoY is renowned for started to manifest itself.

I had booked workshops with Amir Thaleb and was tickled to end up teaching the workshop I had originally booked on! And I was so grateful to the workshop students. They were very accepting of me, gave me back so many smiles and worked really hard. Even though it was the last workshop of the weekend and they were probably exhausted.

At the end of the weekend, after one last look around the bazaars and one last cup of tea, people slowly departed to their own corner of this small island. Wherever you live in the world, I’d encourage you to come to the UK and experience the very special nature of an English bellydance festival. It may surprise you, it will probably make you smile, and you’ll certainly get a good cup of tea!

Larger Image
Inside the bazaar