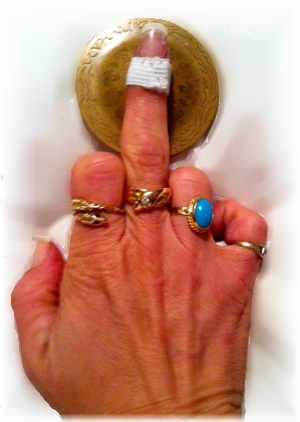 The silver lining in all this is witnessing the wrath of Belly dancers scorned.

Certainly, Belly dancers world-wide ought to feel proud of the wit and intellect present in the dancers’ responses. For example, in Ozma’s Costumes Facebook note, the writer offers an apt description of how Lott’s article would read if applied to a more masculine art form, reading like this:

The note continues on in a witty fashion while simultaneously defending the integrity of the dance.

The Dallas Observer Facebook page is filled with hundreds of comments from Belly dancers, producers, and Belly dance fans. These comments come from all over the world, from as far away as the Philippines. While anger can be felt throughout the posts, most of the commentators made succinct and insightful points.

In fact, the hundreds of comments now make the Dallas Observer Facebook page a convenient source for all that is Belly dance. Culture, origins, history, costumes, health benefits, and other useful subjects are all mentioned and thoroughly described.

Dancers posted pictures of non-midriff baring costumes and videos of elegant performances. Other dancers explained the years of training involved in becoming a professional Belly dancer and the importance of treating the dance with respect. The wide array of Belly dance styles was clearly showcased, and yet, the force of the backlash showed that we are a united community, speaking with many voices and one voice at the same time.

In her blog, writer and dancer, Dilara Sultan, writes, “If anything, we can rest assured that when it matters, Belly dancers will take the stand to defend their art, proving to anyone that the last person you want to mess with is a Belly dancer.” Nevertheless, I think that Princess Farhana sums it up best with her version of a “finger symbol”.