by Shema
posted May 25, 2011
Part 1- Medusa Dualities in Female Bellydance Performance and How the Gaze Continues to be Relevant Today
Part 2- Cultural Traditions vs Sexual Stereotypes

“We cannot expect any advantage from the beautiful since it serves no purpose.”–Gadamer

Within the world of belly dance, we are constantly faced with representations of feminine beauty, which are increasingly taking over from the dance itself, to form the basis of any dancer’s daily routine. This feeds into all areas of our careers: from the pressure to own designer costumes; have studio-based photo shoots; create perfect make-up; and even into the techniques themselves as we become more aware of the ‘poses’ we use as we dance. This all apparently exists in order to satisfy our audience, who seem now to expect even amateur dancers to possess perfect, flawless photographs and the latest designs from Egypt.

Is this really the case though? Are our audiences simply responding to what they are given and is our perception of beauty now being taken over by our need to play the cliched ‘dancer’ role?

In the 1950s, Gadamer discussed the role of beauty extensively, claiming that beauty itself derives pleasure from being represented and that the presence of beauty distracts us from our everyday existence. Conversely, having been told that they have to be beautiful in order to be accepted, women have had to accept that the only pleasure they will derive from this role is that of appreciation from others, since the very reality of being beautiful would seem to disallow any other ability or worth to society. Many among us have judged a woman as a “bimbo” based solely on the fact that she happened to be exceptionally attractive! Further writings of Gadamer explain:

“Even for us, the beautiful is convincingly defined as something that enjoys universal recognition and assent. Thus, it belongs to our natural sense of the beautiful that we cannot ask why it pleases us.” 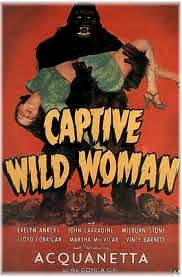 As women and performers, why cannot we see beyond physical representation, when we, too, are trying our hardest to achieve such beauty in our own lives? Such hypocrisy ensures that we can never escape the limitations that society and, thus, we place these same limitations upon our own bodies.  Within the symbolic world of performance art, it often seems that we have little choice but to play the roles for which the audience has paid and expects to see.

The two following quotations directly challenge the notion of man and woman as polar opposites (heteropolar) in society, condemning women as one-dimensional beings:

“Once a label has been applied, it is virtually impossible to remove it, or to change the opinion, regardless of how accurate it may or may not be.”

“People still use stereotypes of women–if a woman doesn’t fit one pattern, they’ll fit her into another. And in the process they’ll use some really ugly names…”

Helene Cixous also writes profusely and with complexity on this subject:

“If there is a self [that is] proper to woman, paradoxically, it is her capacity to depropriate herself [make herself seem inappropriate] without self-interest: endless body, without ‘end’, without principal ‘parts’; if she is a whole, it is a whole made up of parts that are wholes, not simple, partial objects but varied entirety, [with] moving and boundless change, a cosmos where Eros never stops travelling, vast astral space. …That doesn’t mean that she is undifferentiated magma; it means that she doesn’t create a monarchy of her body or her desire.”

Georges Bataille theorised that desire and sexuality are essentially damaging to the progression of society, since they must (by their very nature) distract man from his work. At the time of Bataille’s writing in the 1950s, man was expected to curb his lusts in order to focus more on achieving the perfect life. The result was a life based on the increase of wealth and commodities; since television and Hollywood were becoming more accessible to the general public, men felt pressure to conform and increase material wealth. Predominantly, men found that wealth could be achieved through work; if a man applied himself with diligence, he might be able to buy his way to happiness!

Unfortunately, women were not allowed the same opportunities and were seen as commodities that, once bought, would complete the man’s ideal home existence.

Women’s sexuality was the ultimate commodity–dangerous if set loose, but while under control, it guaranteed a fulfilment for the hard-working husband. 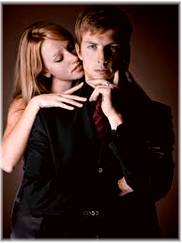 Nevertheless, women who existed outside these controls were considered a threat to social order; they encouraged men to have lustful thoughts that would distract the men from the driving force of industry and commerce–the earning of wealth.

Desire was packaged and sold to the masses, and it was decidedly feminine. Society became accustomed to seeing female sexuality as a possession, and women began to believe that they needed to aspire to the gendered standards set out for them by the male consumers and male society leaders. Over time, and despite the best efforts of feminists in the 1970s, the representation of the female body has continued to be emblematic of both desire and commodity.

Since the release of the Star Wars films in 1978, for example, the cup size of Princess Leia’s breasts has tripled!

If I were to suggest that the reaction to Bellydancers has changed over the years, then I must associate that change with the alteration of visual imagery in the media and advertising. Most people are familiar with the scenario clichés of the James Bond films in which (even in their home environment) Bellydancers are invariably portrayed as accessible (and easy) prey for Mr. Bond.  Therefore, it is not surprising that when we are performing now, we face these same associations after at least thirty years of this depiction having been imprinted upon the common mind.

“The positions of the female performer and the female spectator are collapsed into one; they become prostitutes who buy and sell their own image in a male-generated visual economy. They are goods in the representational marketplace, commodities in an exchange by means of which they are both objectified.” –Walter Benjamin

Thus, women become prostitutes in whom we can read dialectical or opposing images that present themselves as both the product and the seller in one. However, Benjamin could not account for performers who not only sell and are sold, but entirely remove the viewer from the process. Many performers are using such techniques to express this removal from the perceived need for a male gaze to make them feel worthy as artists.  However, the concept carries far beyond the stage into general society.

“It is out of the question for [women] to go to ‘market’ on their own, enjoy their own worth among themselves, speak to each other, desire each other, free from the control of seller-buyer-consumer subjects. And the interests of businessmen require that commodities relate to each other as rivals. But what if these ‘commodities’ refused to go to ‘market’? What if they maintained ‘another’ kind of commerce, among themselves?” –-Walter Benjamin

And what if this was applied to the whole of female society? If we were able to remove ourselves from the “market” and were no longer viewed as commodities, would we have achieved the long sought after equality? If belly dancers were able to work within their ranks to cancel out the use of our image as a sexually compliant one and existed only as respected artists, would we even be content? How would this affect our earnings, our work ethics and the community as a whole? Would you, as a dancer, be happier in the knowledge that you were respected as an artist, or is there a part in all of us which secretly longs for, and consequently, perpetuates, the oriental fantasy?