Robaire Bozeman, a.k.a. Robaire Nakashian, is a well-known and greatly loved dumbek and tabla musician who is known primarily on the west coast of the US.  Robaire’s love for music and dance started when he was a young boy at the age of three. He began attending his family’s Armenian Summer Kef Time Festivities in Fresno, California, annually.  Among the musicians attending those events were the famed Richard Hagopian and his band. One could say truthfully that his connection to the love of the music and dance flowed in his blood since birth.

In 1972, Robaire began studying the Middle Eastern dumbek with his mentor, jazz and Middle Eastern percussionist, Vince Delgado. Around this time, belly dance and music were rapidly growing in popularity in California, and soon, Robaire was playing for many teachers and their classes throughout Berkeley, Oakland, San Francisco and the Greater San Francisco Bay Area.  He began playing for troupe performances and developed his own unique troupe and musicians called “Troupe Zaghareet”.
Robaire moved on quickly, playing at the nationally-known Casbah Cabaret  and The Bagdad Nightclub in the North Beach area of San Francisco as a frequent guest drummer alongside musicians Fadil Shahin, Jalaleddin (“Jalal”) Takesh, Salah Takesh, and George and Chad Elias.  He became versatile at playing percussion Arabic, Persian, and Armenian rhythms.  He also played at El Morocco Restaurant, Hadi’s, Pasha of San Francisco, and other well-known local nightclubs, restaurants, as well as innumerable private parties and festivals.

Most importantly, Robaire was recognized during those early years as the “dancer’s friend and musician” because he enjoyed playing for each dancer and following her particular style.

Robaire Bozeman and oud player and percussionist, Paul Ohanesian, soon became a solid musical partnership, playing together for many years, weaving a special magic of a variety of styles of music from Armenian to Afghani.  He was also the musical director and co-founder of the yearly Rakkasah Festival, for 18 years.

In 1996, Robaire relocated in the state of Oregon where he partnered with (the late) Joseph Pusey, original member of the “Brothers of the Beledi”. They produced two CD recordings together, featuring their music.

Robaire and Sadira, the dancer, were married for 23 years and currently maintain their close friendship from their locations in different states.  Robaire has retired recently from the dance and music scene to enjoy working in his community garden, doing volunteer work and living in beautiful and green Corvallis, Oregon. 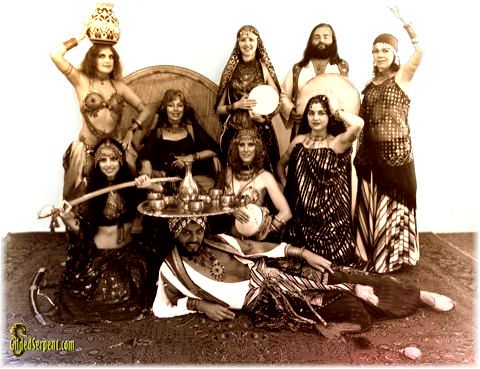 Pot dancer-Sadira, Janina seated in chair, Nasahera with drum, Robaire, Alia with her arm up
Adah with sword, David with tray on head, Zuleika w drum, Selene in veil

Robaire, Sadira Sierra, and Paul at Squaw Valley Festival where we performed for 6 years 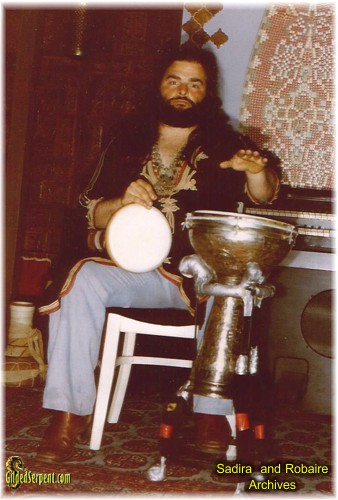